The Future Lives in Everything: Care, Conatus and 'The Road' [1] 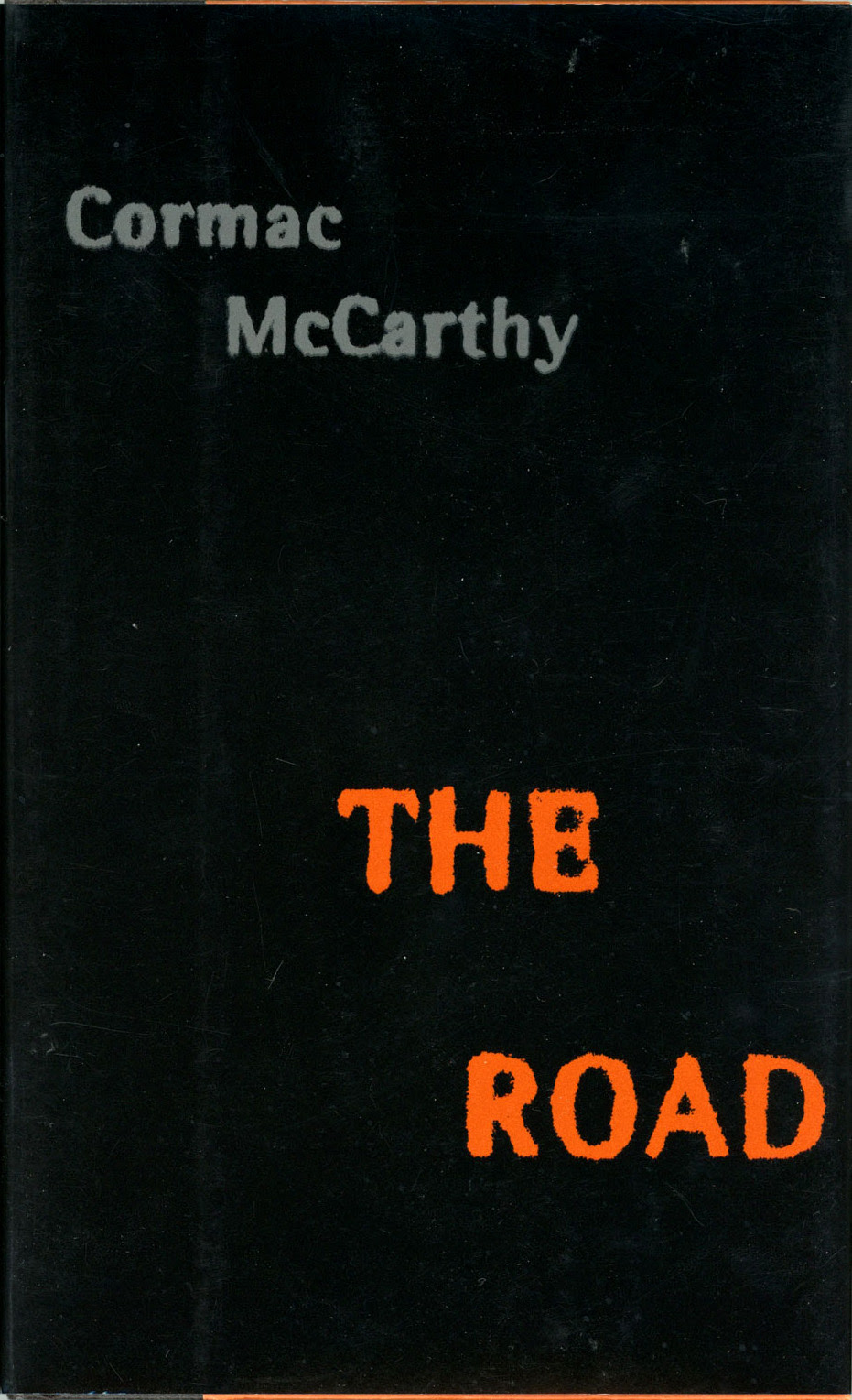 What place does the future have in human experience? A certain tradition, of which contemporary Western societies are the heirs, has long viewed it as a territory to be mapped, controlled, conquered. To this way of thinking, the future is most easily imagined as a linear axis along which the trajectories of economic variables, of social change, of and so on unfold. The future of planning, projection and forecasting feeds into our experience of the world around us. Yet this future co-exists with others, rooted in more intimate dimensions of experience. To uncover these dimensions and the kinds of future-orientation to which they give rise, it is necessary to reach down beneath the assumptions and habits of minds on which the planned, forecasted future rests and which mark it out as a more or less domesticated zone populated by our short- and long-term goals. To do this, a thought experiment is called for. And luckily, we have an example of such an experiment to hand.

Cormac McCarthy’s 2007 novel The Road can be read, I suggest, as exactly such an investigation of the existential significance of futurity. The novel has already been subject to a great deal of interpretation, which has found within it Emersonian transcendentalism,1 post-9/11 reflections on the American experience of trauma,2 and environmentalism.3 Across most of these interpretations, the idea that there is, in McCarthy’s post-apocalyptic world, ‘no future’, precisely in the sense of a mappable, colonisable territory across which individual biographies and human history will continue to unfold, is often encountered. On the contrary, the future has vanished along with the past, and there is only the present left.


Temporally speaking, there is thus no real possibility to move either forwards or backwards, no chance for a return to the past nor any real hope for the future; all that is left is the immediate present, the next piece of bread, the next shelter, the next violent encounter that they have, somehow, to survive.4

The world depicted in The Road is one in which the perfect disaster of Ulrich Beck’s imagination has finally occurred. It is one in which Beck’s oft-repeated claim that the novel hazards of modernity, which cross boundaries invisibly and spread globally (typified by radioactive fallout and persistent, bioaccumulating pollutants), are ‘democratic’ by nature, capable of affecting those who are responsible for creating them as much as distant, innocent victims, is proven to be true.5 The entire biosphere has been reduced to ash by unimaginable firestorms, triggered by some natural or human-caused disaster, we do not know which or what. The book deliberately avoids, however, the themes and narrative structures that characterize ‘environmental disaster’ novels, which often depict disaster as the sum total of small decisions and failures to ‘read the signs’. Such narratives dwell on causation – or at least correlation between a variety of self-destructive human activities and disaster – with disaster as the finale.6 John Brunner’s The Sheep Look Up (1972) is particularly good example, in which a tragic narrative driven Beck’s rampaging transboundary hazards, propagated by human folly, lead to the destruction of North America in firestorms.


“We ought to call the brigade” she exclaimed. “Is it a hayrick?”
“The brigade would have a long way to go,” the doctor told her curtly. “It’s from America. The wind’s blowing that way.”

In McCarthy’s book, however, there is no attempt at this kind of narrative, which typically relies on current scientific projections of possible futures in order to deliver warnings to the present. There is no explanation, simply the piecemeal elaboration (through flashbacks) of the immediate and longer-term aftermath of an event that seems to have created an almost implausible conflagration. In the ten or so years since the event, the human race has dwindled, through starvation, illness (exposure to the ash which blankets everything is hazardous) and cannibalism, down to a scattering of individuals and groups who wander the landscape in search of leavings from a vanished civilisation. The book concentrates on the wanderings of a man and his young son, aged around ten, born at around the time of the disaster.

McCarthy takes pains to describe for us a world which Mark Fisher has suggested takes on the characteristics of the Gnostic conception of the material world, degraded and abject, a ‘burned-out husk that approaches [...] total entropy and inertia.’7 The theme of entropy is undoubtedly a central driving force behind McCarthy’s depiction of the ‘post-event’ times.


The ponderous counterspectacle of things ceasing to be. The sweeping waste, hydroptic and coldly secular. The silence.

The ‘counterspectacle’ here is the opposite of the ‘becoming’ of which the trouts’ markings described in the book’s final paragraph are maps. Rather than evolutionary processes, which imply bifurcation, complexification and organisation, we are confronted by a global reversion to zero. However, Fisher is incorrect, I think, to describe McCarthy’s vision of the world as Gnostic. Gnosticism enforces a metaphysical dualism of substances, divine sparks and clods of matter, whereas McCarthy gives hints of a different, more neoplatonic metaphysics at work. Immediately after the passage I just quoted, he adds to the entropic drumbeat of the foregoing lines the mysterious (and much discussed) closing sentence ‘The salitter drying from the earth’.

This term salitter originates with Aurora [Die Morgenröte im Aufgang] by the 16th-17th German neoplatonic philosopher Jakob Böhme, an author from whom McCarthy also takes the epigraph that opens his earlier novel Blood Meridian. It refers to a matrix of generative and creative natural forces which is ‘the common denominator of what is conscious and alive and of what appears inanimate and inert’,8 and which also achieves highest expression in human consciousness. This principle is, in neoplatonic fashion, immanent in the world, as opposed to being entirely separate from it. Further, it may, in McCarthy's book, be ‘drying’ from the world, but it is not entirely extinguished. That this is so is apparent from the moment when the protagonists find mushrooms, or more specifically morels, beneath a dead rhododendron in an incinerated wood.9 Morels, as well as being a prized edible fungus, are a saphrophytic species, one which helps to decompose dead organic matter and fertilise the soil. If the ‘counterspectacle’ of entropy threatens to choke off all of the becoming and unfolding of nature, then it is evident that there are still ‘good places’, as the boy puts it, where the salitter, in which the creative potential of nature is embodied, have not entirely evaporated.

The idea of a generative tendency, immanent to living (and, in the case of Boehme and other later philosophers who belong to the same intellectual tradition, such as Franz von Baader and F. W. J. Schelling, non-living) entities has been associated with anti-mechanistic, vitalist tendencies within the philosophy of biology. Vitalism tends to be thought of as a dualistic metaphysics, however, in which a ‘life-principle’ is added to inert matter. If it is to be genuinely immanent in matter (as the Boehmean tradition suggests it must be), this principle must arise from the organisation or structure of matter itself. This stricture characterises the concept of a generative tendency employed by the 20th century German philosopher Hans Jonas.

The key characteristic of living systems, for Jonas, is that their behaviour cannot be explained without purposiveness, without a governing principle of self-preservation and development (conatus). All living creatures are characterised both by internal complexity and, going from plants to animals, an increasing degree of independence from their environment. Independence, however, is bound up with dependence, which means that the condition of living creatures is what Jonas calls ‘needful freedom’.10 The more independent a creature is (animals possess central nervous system and are mobile, whereas plants do and are not), the more numerous the uncertainties to which it is subject. Purposiveness comes with the boundary between organism and environment which characterises unicellular creatures: this boundary and the conditions internal to the organism that help sustain it must be sustained for the creature to survive.

With purposiveness comes potential for change and therefore uncertainty. The condition of living beings, as described by Jonas, is one in which the future remains, to some extent, open. What has happened does not fully determine what will happen.11 The degree to which the future is open increases with the complexity of the organism. Human beings are, for Jonas, different from other living creatures in the sense that they are able to reflect on and thus place themselves at a distance from their past and possible futures in deciding what to do next, and can thus select among a range of different purposes.  In contrast to the entropic landscape McCarthy describes, then, the morels remain as bearers of the salitter, the purposiveness, in which natural processes are integrated in the maintenance of what Jonas calls ‘needful freedom’. As living entities, they hold open a minimal crack in the future which increasing entropy appears to be inexorably closing down. What of the boy and his father, and the significance (if any) of their wanderings? I want to suggest that the concept of life described by Jonas can help us understand the significance of a number of elements of their experiences as well, and indeed the moral framework which McCarthy develops in the novel.

In the post-disaster world, in which entropy appears to be winning, human purpose appears to have been extinguished. Without organised societies, there can be no more history, no recording of actions. Yet at the same time, the father insists on the reality of a moral order, even without any societal institutions, and to which his son, like his conscience, insists he be true. How can such an order have meaning in a world where, as the old man Ely they encounter insists, there is no god, either in the sense of a truly transcendent being who grants purpose to creation through his will or in the incarnate sense used by Christ” ‘where two or three are gathered together in my name, there am I in the midst of them’.12 The father insists, however, in response to Eli that there is god, a ‘warrant’ (the word he uses early in the book when thinking of his son) for his view of the world and the sense of who he is which comes with it. What can this mean?

Jonas suggests that there is a ‘warrant’ for morality even in the absence of god, in the shape of the purposiveness of natural beings, the salitter that remains.13 Without going into too much detail, this warrant allows for a distinction between the ‘bad guys’ and the ‘good guys’ in the world of The Road which maps the moral categories to which the son (in particular) strives to be true. Importantly, it does not provide a maximalist, teleological version of goodness. Instead, it allows for a minimal distinction between good and evil based solely on the experience of futurity left to those who inhabit McCarthy’s world.